MASSIVE news, country fans! After a year of sellout shows, the Grammy Award-winning Alan Jackson is extending his Honky Tonk Highway tour into 2018 so no fan ends up disappointed! He’s coming to the Times Union Center on Saturday 28th April 2018 for one unmissable night! Tickets are already flying as we get closer and closer to the LIVE event – so what are you waiting for? Grab yours today! 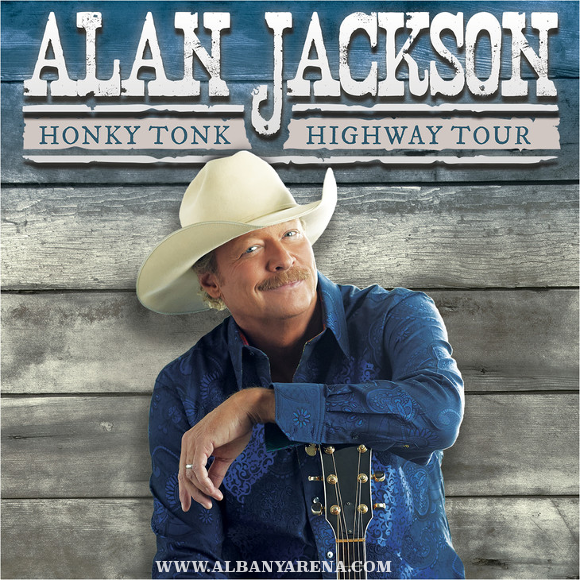 Since 1983, Alan Jackson has been delighting audiences with his mix of traditional honky tonk and modern country, creating a sound with almost universal appeal. In 2017, Alan Jackson and his band The Strayhorns closed the prestigious Country Music Awards, in celebration of his rightly deserved induction to the Country Music Hall of Fame!

Get ready to hear all the songs you know and love live, including “It’s Five O’Clock Somewhere,” “Here in The Real World,” “Gone Country,” “Good Time,” and more!!