One of the hardest working names in country music at the moment, Brantley Gilbert is bringing his brand new The Ones That Like Me Tour to Times Union Center on Saturday 3rd February 2018! Haing spent most of 2017 touring, Gilbert is on the road again, and this time he'll be joined for his raucous show by special guests Aaron Lewis & Josh Philips – you know it's gonna be wild! 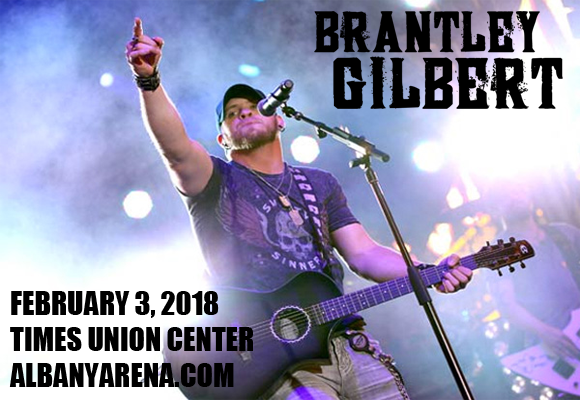 American country artist Brantley Gilbert first came to prominence as a songwriter, writing for artists including Jason Aldean (he wrote Aldean's singles “My Kinda Party” and “Dirt Road Anthem”) and Colt Ford. Since then, Gilbert has launched a successful solo career, releasing his debut album Modern Day Prodigal Son, which hit the country charts at number 58, and lead to a record contract with Colt Ford's Average Joes Entertainment. After signing with Valory Music Co., Gilbert released three major-label albums and eleven country chart entries with the label, four of which have gone to number one. His latest album, The Devil Don't Sleep went straight to number 2 on the Billboard 200 and reached number one on the Top Country Albums Chart.