With her larger-than-life personality and bars to match, VH1 Love & Hip Hop: New York star and rapper Cardi B comes to Times Union Center on Saturday 21st October 2017! Dropping tracks from her new mixtape, the "Bodak Yellow" emcee will be joined by dancehall selector Charly Black, for a night that will get you moving, non-stop! 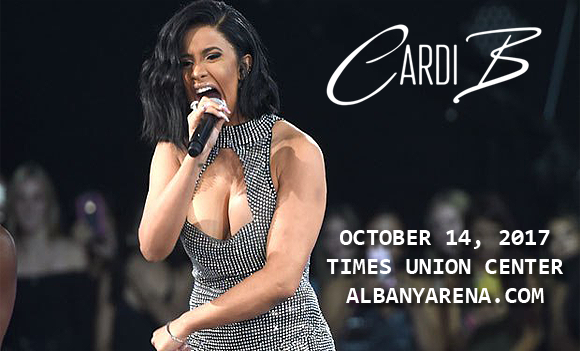