Award-winning CCM artist and worship leader Chris Tomlin is back to unite people all over the nation for nights of prayer and praise with the 2018 Worship Nights in America Tour! Tomlin will be joined by Jesus Culture's Kim Walker-Smith, Matt Maher, Christine D'Clario and many more for the event, which comes to Times Union Center on Thursday 12th April 2018! 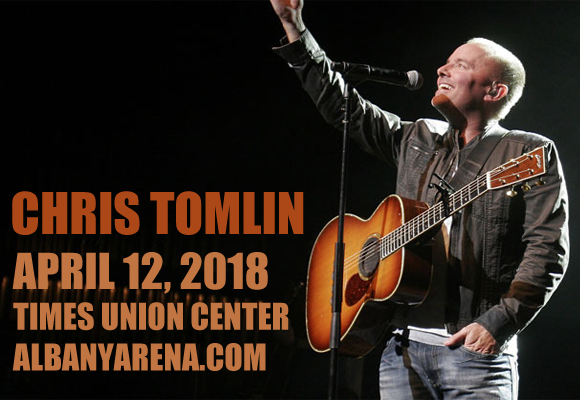 Noted as one of the first to bring contemporary worship music to the mainstream, Contemporary Christian Music singer and songwriter Chris Tomlin has sold over seven million records throughout his career. Known for his songs "Our God," "How Great Is Our God,""Amazing Grace (My Chains Are Gone)," "We Fall Down," "Indescribable," "Forever," "Kindness," "Be Glorified," and many more, Tomlin has been leading people to worship for decades. Burning Lights, Tomlin's 2013 album, debuted at No. 1 on the Billboard 200 chart, becoming the fourth CCM album in history to do so. He was awarded Male Vocalist of the Year at the 2006, 2007 (along with Artist of the Year), and 2008 GMA Dove Awards, and won a Grammy Award for Best Contemporary Christian Music Album in 2012.