Get ready everyone, for two of the biggest names in country are teaming up for one fantastic weekend at the Times Union Center!! That's right, country's most-loved couple, Garth Brooks & Trisha Yearwood will be perfoming together live from Friday 10th-Sunday 11th March 2017! Events like this happen once in a blue moon – so be sure to book your tickets in advance and get on down for an evening you won't forget! 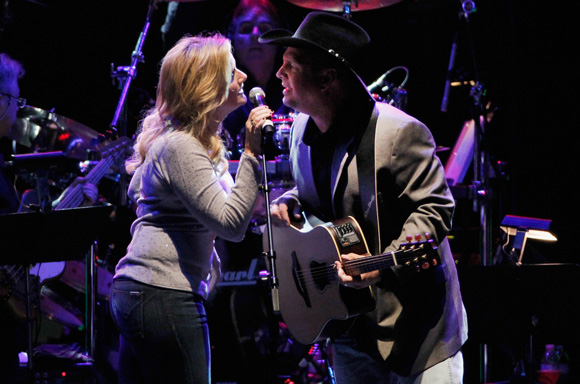 Garth Brooks isn't just one of the biggest names in country – he's one of the biggest names in the United States!! If the RIAA is to be believes, he is none other than the best-selling solo albums artist in the country, ahead of Elvis Presley, and having sold over more than 160 million records, is one of the world's best-selling artists of all time!! He is also the only person EVER to have diamond certification on seven albums, including two of his greatest hits compilations, a live album, and iconic records such as “Garth Brooks” and “Ropin' The Wind.”

Trisha Yearwood has her own share of chart-topping albums and singles, bursting into the limelight in 1991 with her single “She's in Love with the Boy,” from her debut album “Trisha Yearwood,@ which rocketed to number one. She went on to release 10 more albums, achieving eight more chart-topping singles and 20 charting hits, including “Thinkin' About You,” “The Song Remembers When,” and “I Would've Love You Anyway.”

Don't miss your chance to see these two phenomenal musicians perform live together. Get your tickets while they last!!