Get ready for a comedy special that will have you rolling in the aisles! The Times Union Center presents Jeff Dunham on Wednesday 7th February 2018! Pulling out all the stops, Jeff Dunham knows how to make a crowd go wild, with a side-splittingly hilarious live show! Tickets are on sale now, get yours today to ensure your seat for the best comedy show money can buy! 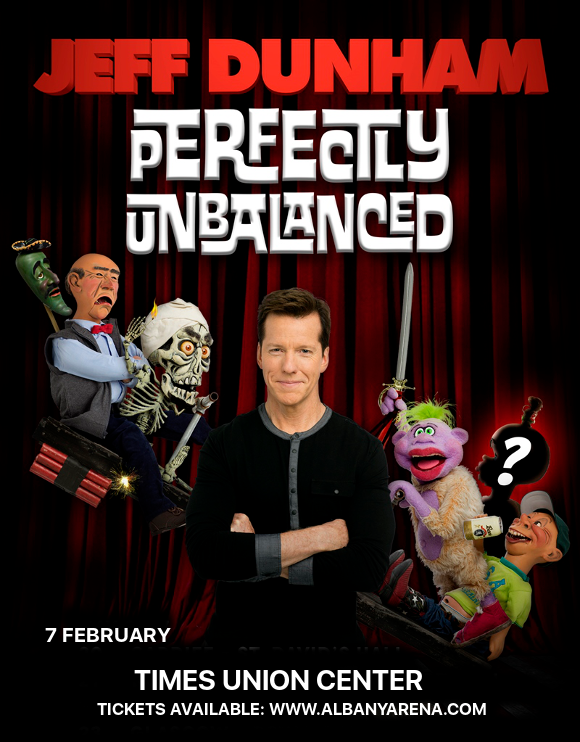 The current Guinness World Record holder for Most Tickets Sold for a Stand-up Comedy Tour, Jeff Dunham is one of the most notorious comedians in the United States. Gaining infamy for his “Achmed The Dead Terrorist,” routine, Dunham’s show involves the use of puppets and amazing ventriloquism to create loveable, if slightly demented characters that interact with him in a back-and-forth dialogue that continues to sell out shows across America!!

What are you waiting for?? Get your Jeff Dunham tickets today!!