Dirty South rapper Ludacris is headed to Times Union Center on Saturday 11th August 2018 for an unforgettable night of beats and bars from a hip hop legend! The Atlanta-based superstar will be bringing a night of classic hip hop tunes like his smash hit club banger single "What's Your Fantasy," so get ready to get down! 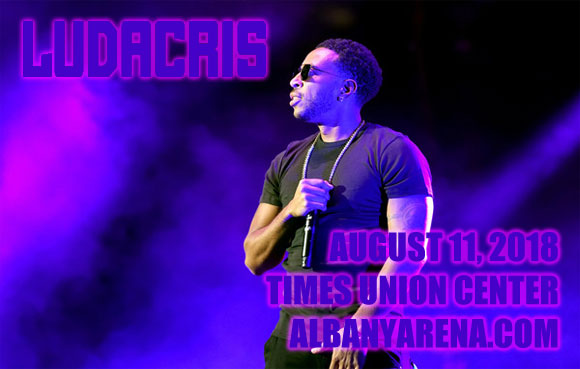 American rapper, actor and founder of record label Disturbing Tha Peace, Ludacris released his debut studio album, Incognegro, in 1999. He made his major label debut the following year with Back for the First Time, which featured the hit singles "Southern Hospitality" and "What's Your Fantasy". Throughout his career, Ludacris has won several awards, including Screen Actors Guild, Critic's Choice, MTV awards, as well as three Grammy Awards from seventeen nominations. Ludacris' first five albums have all achieved multi-platinum status, with his next two albums achieving gold status, and he has four albums that peaked at number one on the Billboard 200 charts.