All your favorite comic book heroes and villains are right there on the stage in Marvel Universe Live! – an electrifying stage show that comes to Times Union Center on Sunday 7th October 2018! A live-action arena experience that features over 25 Marvel characters, Marvel Universe Live! is an unmissable flight of fancy that will put a smile on the faces of kids and adults alike! 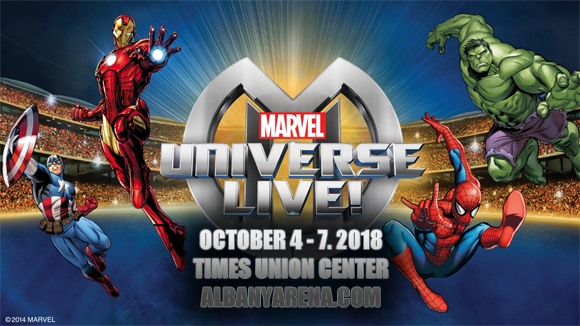