One of the greatest live acts of all time, Metallica, heads to Times Union Center on Monday 29th October 2018 for a concert you will never forget! The heavy metal legends are known for their high-octane stage shows, and no doubt they will be pulling out all the stops for their WorldWired Tour, which will see them tear up the stadium with some hard-hitting tunes from their latest epic album, "Hardwired… To Self-Destruct"! 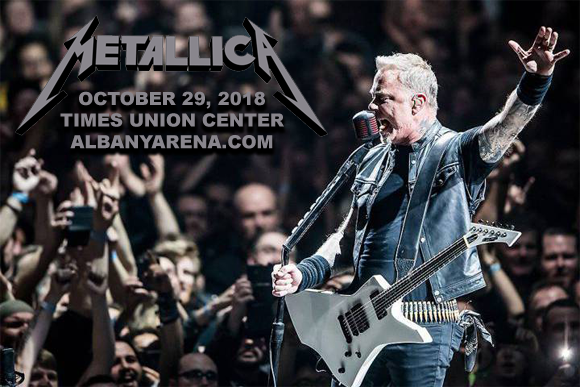 One of the founding "big four" bands of thrash metal, alongside Megadeth, Anthrax and Slayer, Metallica is an American heavy metal band. Ranking as one of the most commercially successful music groups of all time, having sold over 125 million albums worldwide, the band's third studio album, Master of Puppets (1986), has been described as one of the heaviest and most influential thrash metal albums ever. To date, they have released ten studio albums, four live albums, a cover album, five extended plays, 37 singles and 39 music videos, and their last six studio albums (beginning with Metallica) have consecutively debuted at number one on the Billboard 200. Throughout their career, the band has won nine Grammy Awards from 23 nominations, and they were inducted into the Rock and Roll Hall of Fame in 2009.