Everybody's favorite Jazz Pop superstar, the incredible Michael Bublé has announced the exciting news of his concert dates for 2020 and will be taking to the live stages across North America! Join Michael Bublé for an evening of flawless entertainment as he comes to Times Union Center on Sunday 22nd March 2020! Tickets are now on sale and available to purchase – get yours while you still can! 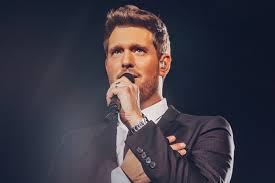 Known for his impeccible and smooth vocal tone, Michael Bublé has transformed the music scene as we know it and has become a superstar in his own right, known best for his sensational versions of Easy Listening and Jazz standards along with of course his groundbreaking chart topping single releases which have truly helped him to make his mark on the mainstream.

The Canadian star first came to light all the way back in 2003 as he showcased his first self-titled release and gained an extensive following around the world, including his chart success in Canada and also within the UK. Since his initial record, Michael Bublé has continued to have a steady and successful career with other albums such as Call Me Irresponsible which hit the number one position in both countries. Michael Bublé is also widely known and respected for his 2009 album titled Crazy Love which really became a smash hit for the artist as it stayed at the top of the charts for an amazing two weeks running.

As well as Michael Bublé's sensational material, he is also recognized for his Christmas album and with his beautiful vocals, he has become one of the classic sounds for the modern day holiday season and the record continues to be successful each and every year. Together with his holiday release and previous work, Michael Bublé has grabbed the spotlight time and time again and remains to be a high selling vocalist on the scene. With over seventy five million albums sold all around the world, plus an impressive four Grammy Awards and countless other awards – Michael Bublé has proven his talented capabilities throughout the years.

Come and catch Michael Bublé live in concert this coming Spring season! This is a show that cannot be missed!