Folk rock fans, rejoice! The leading band of the genre, the amazing Mumford and Sons are on tour in 2019, heading to the Times Union Center on Saturday 2nd March 2019! It’s an unmissable show for any Mumford and Sons fan – get tickets while they last!! 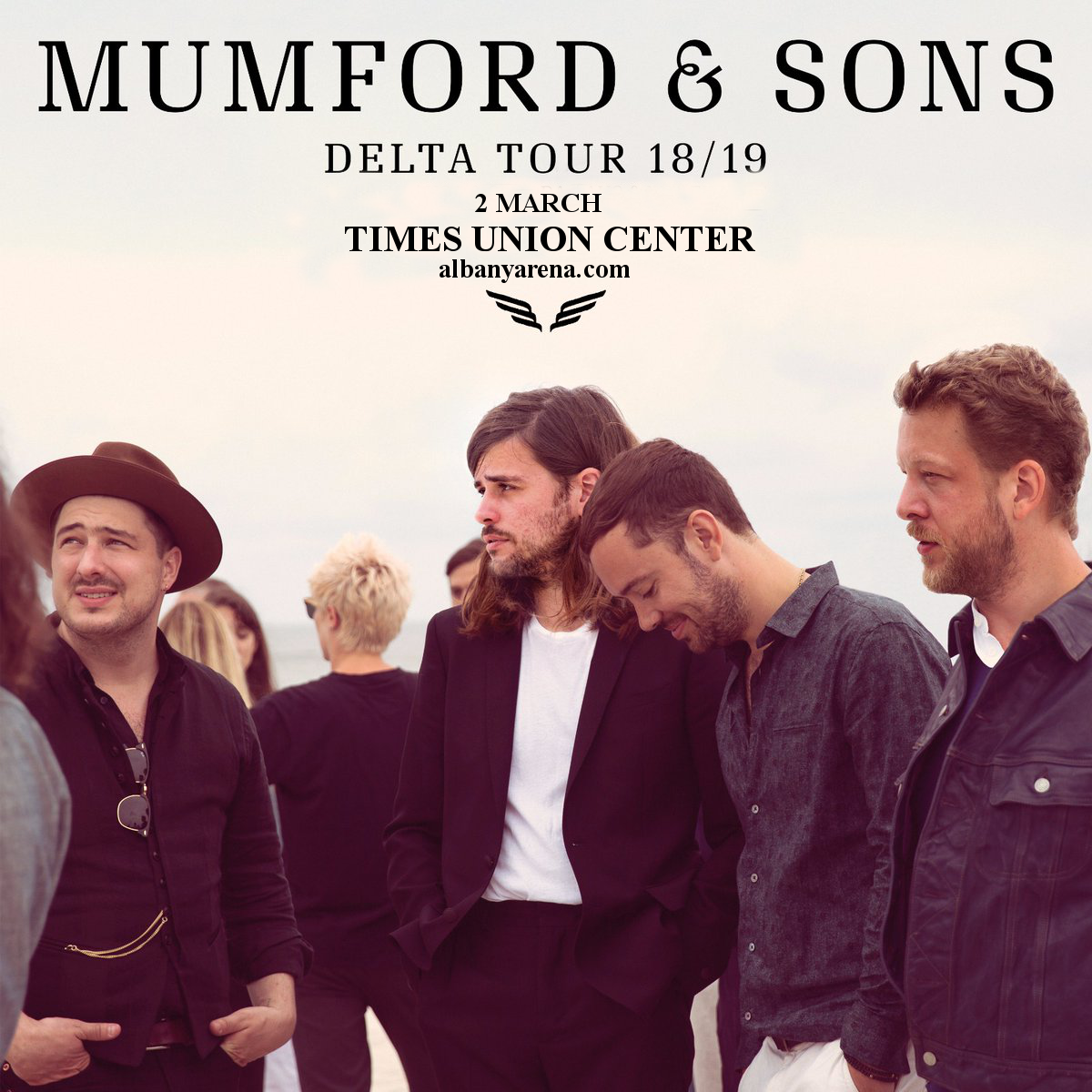 Mumford and Sons’ new album, “Delta” released on 16 November 2018, is both a new direction for the band, and a return to some aspects of their roots. While it has electronic and jazz elements to it, the album also features folk instruments that were absent on their previous album.

“I think at the beginning we kind of fell back in love with the old instruments we didn’t play on ‘Wilder Mind’ like the acoustic stuff and the more folky instruments,” Marcus Mumford said of the recording process in an interview. “But conscious how we can make these instruments sound not like these instruments which opened up a whole new world for us…”

It’s opened up a whole new world for fans too – and that world’s about to get bigger on March 2nd with their live show at the Times Union Center! Get ready to experience all the songs from the new album live – get tickets NOW!