Wow! Get ready for one of the biggest shows of not just the Summer season but the ENIRE year! As two of Country's finest stars join forces to bring fans an incredible show… that's right! Tim McGraw & Faith Hill are taking to the venues across North America and will be stopping off at Times Union Center on Saturday 19th August 2017!

If you love either or both of their music then be sure to book your tickets for this sensational evening of nothing but the hits and mind blowing energy between the performers! 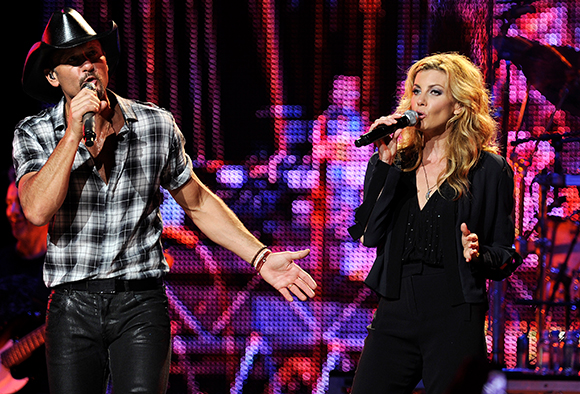 The name Tim McGraw, really doesn't need a big introduction as he is known worldwide for his groundbreaking influence on the Country scene for chart topping sounds that have stretched across the last 20 years and counting! Of course we know him for his debut album, "Not a Moment Too Soon" – that rocketed him into the mainstream. And since then he has stayed at the top of his game with countless Awards such as 3 Grammy's, 3 People's Choice, 11 Country Music Association's… the list really does just keep on going!

This year you can grab the chance to see his LIVE show as once again he steps out on tour and this time with the fellow superstar, Faith Hill!